So a quick recap.  September 13, 2017, I spun off Cactus Haiku.  My first two followers followed me on September 14th and 15th but I didn’t get another one until I started this challenge. Gaining 4 on October 8th, I am now up to 9.

By the simple expedient of changing my primary blog on the WordPress Reader to Cactus Haiku, I started gaining followers.

Eye For A Pic

hwalker.wordpress.com
I finished liking the other half of the ones on Restructuring Life who hadn’t liked me since I had spunoff Cactus Haiku.  Mindflight is new for me but the other three had visited before.  K Versus is doing a new project: She is getting up at 4:30 am to write (or take a photo) before going into work.  She did a cool one of the sun casting a deep red light across the horizon before rising for the day.
So that finished my first two strategies of hopefully moving people over who liked my haiku.

I just said “Hi, I would like to join xyz board because I like xyz.  Thanks.  https://www.pinterest.com/cactushaiku/”

Then I wait to see if they accept me.

I used Pin Groupie to find the group boards.  Because poetry doesn’t easily fit into any of the main Pinterest categories, I used the filter to search for “poetry”.  I found a few. I think I sent out 6 requests.  So far, only one has accepted me but it’s a start.

There is no haiku group board.  I may have to start my own.

I joined 2 Haiku / Senryu Facebook Groups and put one poem in each upon acceptance.  First one I did “wrong”, no link back to my site.  Second, I did better but when I put in the link, the whole featured image didn’t show — so a couple of my senryu lines were cut off. I typed the senryu into the comments to fix that but it’s a problem.

That’s one thing I find with the different social medias.  They all have different optimal image sizes.  Pininterest — vertical pics do better.  Facebook, the pic needs to be shorter than the featured image size — more squarish.  I don’t want to make a bunch of different sized image for each thing so right now I am making do.

I’m new to the Facebook Group page thing.  I don’t see anything in the rules of each group against a link back to my blog.  We’ll see if anybody doesn’t like it.  I was pretty happy because I got a comment right away when I posted a senryu in one group.

To be honest, that is something I’d also like to improve.  I don’t really get many comments on my blog.  Mostly it’s just my sister and my friend Carol. And in case you are wondering, I do comment on other peopel’s blogs but only if I have something to say.  Mostly I just do likes.  So I only do one or 2 comments a day even though I might like 5-15 a day.

So let’s see how I did yesterday (Sunday) compared to previous Sundays: (I am going to add pinterest referrals from google analytics for yesterday.  I don’t have it for earlier but it will help to see changes during the coming week)

*pinterest, facebook are showing google anayltics stats / wp stats (since I only signed up for google analytics this week, there are not stats for prior weeks for GA)
**GA doesn’t show wordpress in the socials stats so this is only from wordpress stats
***I have set up google analytics to minus my own ip so that it doesn’t get added into the numbers

I am also happy that I got likes from a wider range of people:

Lose yourself in my imagination

25more
Just a quick aside on a couple of those blogs:  I like territori del ‘900. I don’t understand a word because it’s all in Italian but he puts modern and historical pictures so I make a story in my head.  Like in Lorenzo Viani, Viareggio – Croci in Chiesa e sul Mare – 2/3, the pictures tell the story of fishermen from clipperships to now.  And I can’t even hope to pronounce  Ostendnomadography, but I enjoyed the Marseilles graffiti art.

I am pretty happy though.  I did not expect to see gains this quickly.  I am especially happy about the likes.  When you export/import your blog posts to a new spinoff blogs, the posts export but the likes do not.  So I lost all my likes on the older poems.  I know it’s superficial to quibble over likes given the national and world events happening but hey, they were not easy for me to get! So it’s nice to be getting them back.

Hopefully these improvements will keep up. Crossing my fingers. 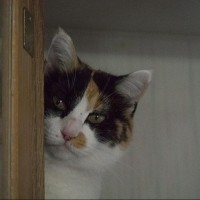